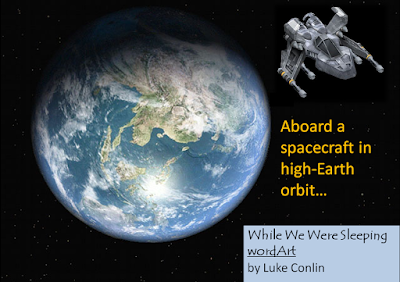 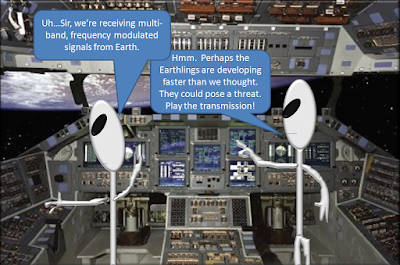 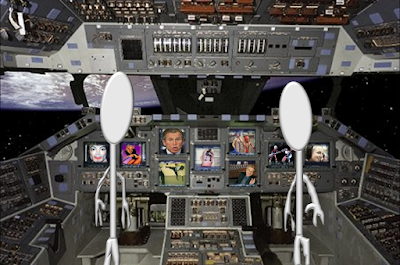 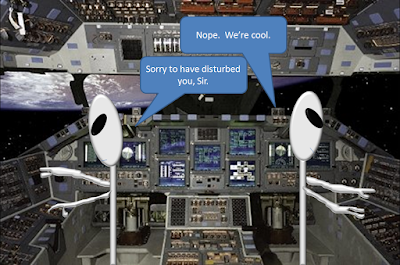 Posted by astrobassist at 7:29 PM 6 comments: 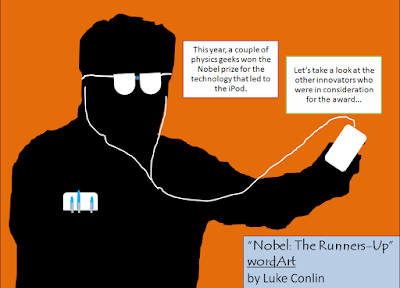 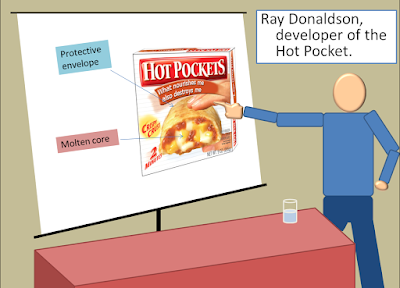 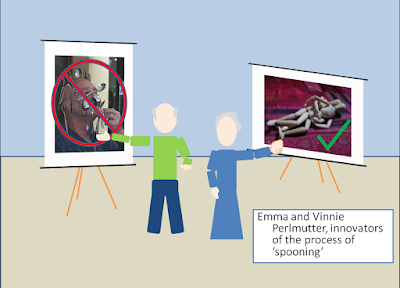 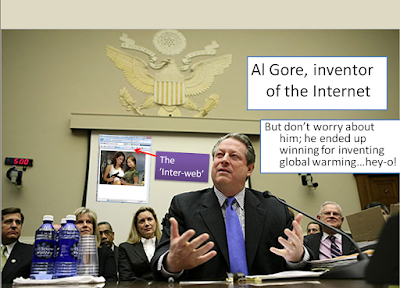 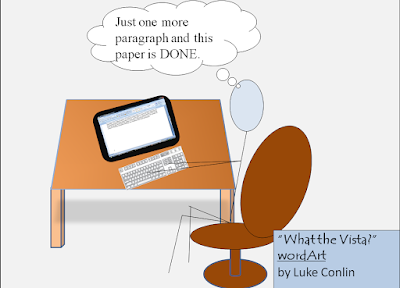 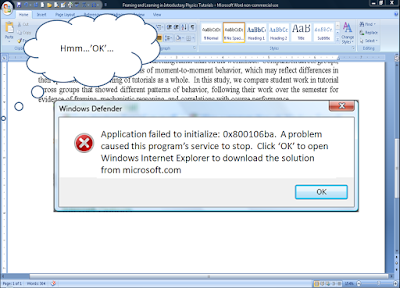 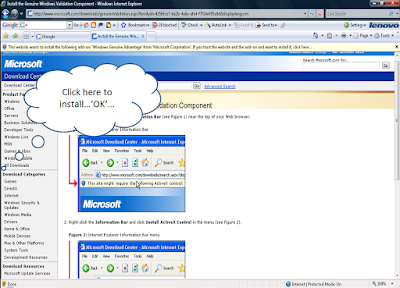 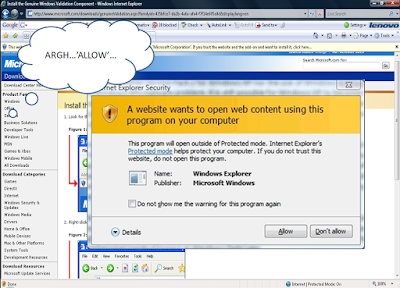 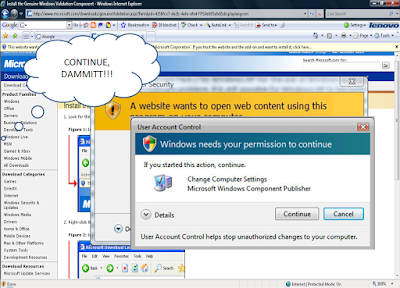 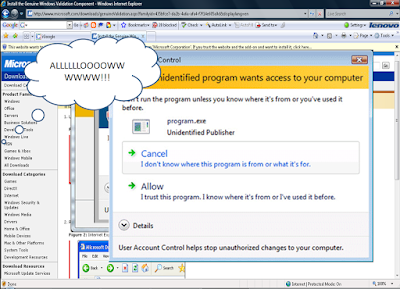 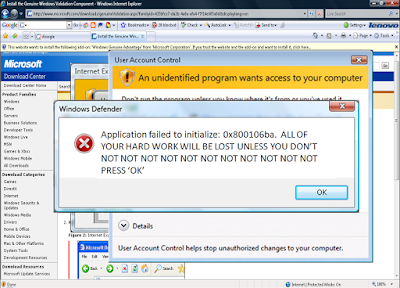 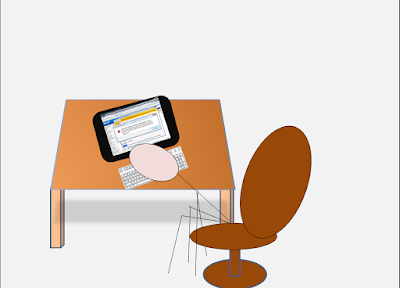 A victory for the common folk

Warning: this post is a weblog-rant, aka a "blant." Read at your own risk.

Fact: You are an organism made of tens of trillions of cells--microscopic organisms that have no idea who you are and couldn't care less about your needs.

This is the concept of an emergent property--a quality possessed by the whole but not by its parts. The property of 'you-ness' emerges out of the interactions of trillions of you-less cells.
Fact: Sprint PCS an entity is made of thousands of employees--macroscopic organisms that have no idea who you are and couldn't care less about your needs. But out of the scripted interactions between these employees emerges a company that knows and cares who you are to the extent that they want all of your money with as little in return as possible.
The way Sprint PCS treats customers is pure evil. However, to blame any individual employee for this evil would be like blaming an isolated skin cell in your arm for punching that hobo down

by the railroad tracks (yes, I know about that, you sicko). Sprint made the genius move of hiring so many employees that when blame is distributed amongst them, it is such a thin layer of guilt that they can simply brush it off their shoulders as they disconnect you. Any amount of blame, divided by infinite, equals zero. So, the only entity left that you can be mad at is Sprint PCS, which takes the form of a 1,000 foot hydra made of smoke. Very hard to fight.

But, I have fought. Through a brave display of calm-headed civil disobedience (i.e. a very sophisticated form of laziness and avoidance), I have fended off the evil empire and restored peace throughout the land. Let me briefly summarize the epic battle:
It all began on a night just like this. I had finally gotten the phone I ordered from sprint.com, which was 100% satisfaction garaunteed for 30 days...what's the risk? I followed the instructions, using the phone to call the toll free activation number. The first person couldn't activate it, so I was transferred to an activations manager. They could not activate it, so I was transferred to a managerial manager. They also were unable to activate me, so I was transferred to the boiler room of one of Sprint's Indiana offices...which ironically was the most helpful department to this point. They couldn't activate my phone, but they knew who could, and they transferred me to the Great Wizard. 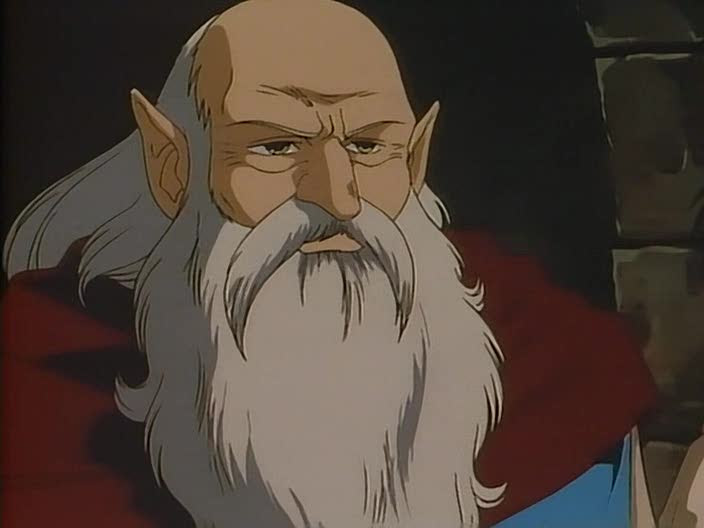 "WHO DARES DISTURB MY SLUMBER?!" bellowed the Great Wizard.
"It is I, Sir Luke" I answered, trying to maintain a facade of self-confidence.
"WHAT IS YOUR QUEST?!" the Great Wizard's voice was like a thunderstorm.
"Oh Great Wizard, I humbly seek to activate my new phone."
"WHAT IS YOUR 13 DIGIT ACTIVATION CODE?!!"
"I don't know, your majesty. Forgive my ignorance, but where can such a number be found?"
"WELL, INSIDE THE BATTERY CASE OF YOUR PHONE, OF COURSE!"
"The very phone that I was instructed to use to call you, oh Great One?"
"YES, FOOL, THE VERY PHONE WITH WHICH YOU TALK TO ME NOW"
"Oh, dear. So you're telling me that I have to hang up, after nearly an hour and forty-five minutes of being transferred around, in order to get the number to activate my phone, so that I can call back and wait another hour to be transferred back to you, oh great one, in order to activate my phone?"
"YES."
"Why don't we just call this whole thing off. I'll send my phone back to you & get my money back."
"FOOL!! YOU MUST WAIT FOR THE ILLUSTRIOUSLY DIVINE RETURN KIT AND CALL US WHEN YOU HAVE THE UPS 13 DIGIT TRACKING NUMBER BEFORE YOU CAN SEND THE PHONE BACK! YOU ARE HENCEFORTH BANISHED!!"
And so I waited for the illustriously divine return kit, which surprisingly never came. After trying to sort this whole mess out with at least 27 different employees, after 8 hours of phone calls (70% of which were disconnected) I was told to just send the phone back myself, without the illustriously divine return kit, and keep my fingers crossed.
The next correspondence I got concerning the matter was from a debt collecting agency. They sent me weekly phonecalls and bi-weekly emails threatening to pummel me, stab me, and even make me watch reruns of Alf until I give them $167.23 immediately.
I could write a book about all the fruitless phonecalls I made to resolve this matter, but the short version is that there were a lot of them, and they were epic in their fruitlessness.
But a New Year's miracle occured: a voicemail from Sprint on New Year's Day said that my debt would be essentially cut in half, with no particular reason cited.
Finally, this week, I was sent my final bill. (This was my 7th final bill to date...but I digress). It's hilariously mysterious contents, whose hilarity is surpassed only by their mysteriousness, are included below. Note the strange list of random deductions less than a dollar. However, the real interesting part is the "good will" credit. At last, we return to today's lesson...that amongst the interactions of countless employees completely devoid of good will, good will can emerge. And that's all I have to say about that.

Posted by astrobassist at 4:05 PM 2 comments: