A story about stories

There is a fundamental paradox that we are all vaguely aware of, even if we haven’t quite articulated it to ourselves.  Unlike the paradoxes of physics and philosophy, which we may never personally encounter, this paradox resides right under our noses.  More specifically, it resides right at the tip of our tongue.  It also buzzes incessantly right between our ears, being the fabric out of which even our internal monologue is woven.    It is the paradox of storytelling—the holy trinity of the story, its teller, and its audience.

When I say storytelling you probably think of the sorts of storytelling done by professionals such as Twain or Poe, or the kind that is performed to a group sitting around a campfire or a dinner table.  And I do mean those; but I don’t mean only those.  I mean storytelling as grand as telling the story of our cosmic origins, or as minute as silently but persistently telling ourselves what it is we are thinking about at the moment…and everything in between.


We are all storytellers.

Historians compose stories about civilization, the ideologies and innovations that compete and collaborate to form periods of stability, progress, and revolution.

The press and its journalists compose stories that amount to the history of “now”—events at the intersection of people, their roles, and the motivations that drive them to act according to their roles.

Biologists tell same sorts of stories as historians and journalists; the differences amount to ones of scope, with roles played by very different sorts of characters, the innovations of a much less teleological nature, and the motivations largely being those of survival.  But really these are not such dramatic differences after all.

Physicists tell causal stories about particles and their interactions.

Your mind tells stories about you, what you’re doing, what you have done, and what you plan to do.


How many stories are there?

We like to think of history as a continuous stream of goings-on.  So much so that we each tend to decide on one story and stick with it, quickly forgetting, ignoring or even deleting versions that don’t jive with it.  We all know it’s the winners that write the history books; this is true of the shared history written down in books as well as our personal histories written down in our stream of consciousness.  But if you’re really observant, you can sometimes spot multiple drafts of the same story before one get chosen and the other swept under the carpet.

Case in point: the recent protests in Iran (video).  There are two major versions of the same events.  I’d like you to suspend judgment, if just for a moment, which version you believe.  (btw I’m going off this NY Times article)

Version #1: The Iranian government says that western countries helped orchestrated the protests, and that shots from the crowd struck and killed several people, including Ali Mousavi, the nephew of the opposition leader.

Version #2: The people in the street says that the protests were peaceful, but that revolutionary guard soldiers violated the rules of the holy day by shooting into the crowd, possibly even assassinating the nephew of the opposition leader.

These two versions of the story seem completely incompatible.  How can one person ever believe both at the same time?  How can it be decided which version is a “factual” account of the events?  Most likely what will happen is that one group of people will believe one version, and another will believe the other.  Whichever story gets believed by more people in the end will survive and become the “official” account, the other will pretty much die away.

What’s the real story, and who gets to tell it?

And now for the paradox.

We all know that there are many sides to a story.  And so it makes sense to say that there is no one real story of what really happened.  There are only versions of stories, which are unavoidably colored by who is telling them and who they are being told to.

But on the other hand, to say that there is no privileged version of what really happened—there is no plain and simple truth, no bare fact of the matter—seems totally crazy.

I think this paradox, just like any paradox worth its mettle, is inherently unresolvable.  But that does not make it a dead end.  Keeping this paradox in mind helps us remember that we may always be wrong about even the things we’re most certain of.  I think this is a crucial step—perhaps THE crucial step—towards the peaceful resolution of conflict.

viewing the world through googl-y eyes 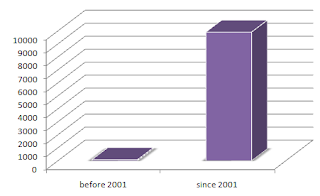 Posted by astrobassist at 3:29 PM No comments:

What is democracy? I was brought up to think it meant that people got to elect their leaders. But we don't live in that kind of dreamworld. There are so many assumptions that get broken down in the real world.

First of all, who votes? Not everyone. Therefore there is a selection effect. The poorest, which coincides at all times with the racial minority, get left out of the decision making. Furthermore, it is not our vote that determines the most important political position (the president). We vote for members of the electoral college, who then verbally promise that they will vote for who we told them to. And the primaries really mess with the idea of a pure democracy as well.

Second of all, what does your vote DO? The idea is to vote for a leader who will make decisions representative of the people's best interest. But WHICH people--not all the population has the same best interests. And who gets to decide what actions will serve our best interests? The leader determines how to act, and therefore determines WHICH peoples' interests to serve, and HOW to serve them. But these things can seriously diverge from the public's view of their own best interest. George Bush's 27% approval rating is indicative of this. "History will vindicate me" he says. What if it doesn't?? Mugabe in Zimbabwe only legitimizes the votes of the people that are in line with his own best interests--whatever doesn't do that is due to the "influence of the west." How do we draw the line?

Fourth of all, WHY do we vote for them? It's not really their policies and beliefs. It's their name. It's their appearance. It's their soundbites. It's their verbal miscues. There is data to back this all up. Are these really indicators of the best interests of the people?

No, voting does not mean democracy. Voting is one way of getting at the greater principle at stake here, which is the coupling between the voiced needs of the people and the actions of their leaders. Voting is supposed to do this in two ways. (1) it selects leaders that are pre-aligned with the perspectives of the majority of the people, and (2) it puts pressure on the leaders to keep listening and acting for the interests of the people. This latter point is an often-overlooked component these days. In Iraq, for example, the U.S. only paid attention to (1).

We have to ask if voting is the only way of implementing (1) and (2). The answer is no. (1) can be fulfilled by a revolution, for example (see U.S., France, Cuba). Therefore, the U.S. should not consider a country to be a part of the "axis of evil" just because their leader was not elected. China, for example, has elections and they have no regard for the interests of the people. The reason is largely the lack of free press. A free press can carry out (2) more effectively than even voting can in certain circumstances. The lack of free press undermines the principle of democracy in very serious ways. For one, it convinces the people of what their best interests are. One way it does that is it selects and therefore distorts the facts by only presenting one point-of-view; that of the government who are trying to preserve their own best interests. This prevents the public from having the proper grounding in the present to determine for themselves what their best interests are.

Voting and free press I'm sure are not the only aspects of democracy, I'm thinking justice system, educational system, and army and such, but I'll have to come back to those because I am hungry and late for school.

Posted by astrobassist at 6:13 PM No comments:

Norton AntiVirus is a Virus

There is a program that has gained access to my computer without me knowing or wanting it, regularly disrupts my computer's normal functioning, eats up tons of memory, and resists being erased. It could happen to you, too, so I want to warn you to watch out for this horrible, senseless malware. Its name? Norton AntiVirus.

Ironically, Norton AntiVirus was designed to find and destroy programs with just these qualities. I believe the cliché applies here, that you become what you hate.

If Norton AntiVirus now wants to save its own credibility, it must remove itself from my computer.

I'm not holding my breath.

Posted by astrobassist at 1:06 PM 3 comments:

I was simultaneously testing my microphone and my bass, and I can up with this little improv...how does it sound to you?
Posted by astrobassist at 8:28 AM 1 comment: 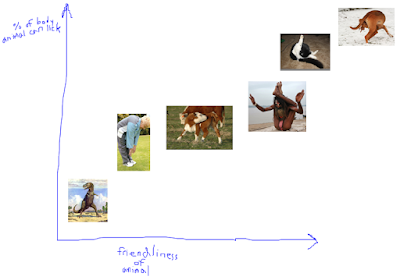 Posted by astrobassist at 2:44 PM No comments:

Thou Shalt Not Take the Bible Literally…


…not if you want to avoid some severe epistemological conundrums, that is.

Some things can't be true

Epimenides was a Cretan philosopher whose claim to fame was his declaration that "Cretans are always liars." For centuries, scholars have wondered whether Epimenides, himself a Cretan, was telling the truth when he said that. Paul, in his epistle to Titus, did not seem affected by the paradox since he simply stated that Epimenides' statement is true:


10For there are many rebellious people, mere talkers and deceivers, especially those of the circumcision group. 11They must be silenced, because they are ruining whole households by teaching things they ought not to teach—and that for the sake of dishonest gain. 12Even one of their own prophets has said, "Cretans are always liars, evil brutes, lazy gluttons." 13This testimony is true. (Titus 1:10-1:12)

So, is it true or not? Philosophers tend to say it is neither, preferring instead to call such paradoxical statements "undecidable."


Some things aren't supposed to be true (literally)

Maybe you're worried at this point, but don't be. It's okay. The Bible literally says not to take the Bible literally. For example, Jesus admittedly taught much of his important messages metaphorically, in parables. He would explain the meanings of these parables more straightforwardly to his 12 apostles:


And His disciples asked Him, saying, "What might this parable mean?"   And He said, "Unto you it is given to know the mysteries of the Kingdom of God; but to others in parables, that `seeing they might not see, and hearing they might not understand.' " (Luke 8:9-10, 21st Century King James Version)

So You Think You Can Philosophize: Episode 2

This week's contestants, Destro and Cobra Commander, consider whether there can be any critical experiments in science. That is, until their boss catches them.